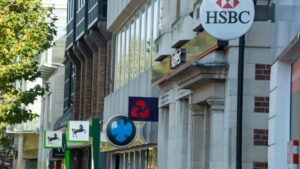 Banks believe they can claim on the government guarantee attached to coronavirus loans that turn out to be fraudulent.

As long as lenders have carried out checks they said they would undertake, they will be able to claim 100 per cent of bounce back and 80 per cent of coronavirus business interruption loans (Cbil) underwritten by the Treasury, senior managers told MPs yesterday.

The levels of fraud from the Covid-19 schemes are five times higher than for other loans, they said. Most of that is on bounce back loans, intended for smaller businesses and designed with minimum checks so that banks could get money swiftly to businesses.

David Oldfield, chief executive of commercial banking at Lloyds, told the Treasury select committee: “We would all recognise that the design of that scheme was a trade-off versus the checks that we would be doing.”

The National Audit Office has said taxpayers could lose as much as £26 billion owing to fraud or default.

Anne Boden, chief executive of Starling, a digital bank that has lent bounce back and Cbil loans, said the agreement with the government is that as long as banks have carried out processing checks, a fraudulent loan will count as a default that can be claimed on.

The bounce back scheme was “brave” she added, given the risks the government was taking, but the Treasury “decided to go ahead and that was the right decision”.

Amanda Murphy, head of commercial banking at HSBC, said small businesses have a “higher debt burden than at any time before” because of the loans taken on in the crisis.

MPs also heard that up to £21 billion, half of the total lent under the bounce back loan scheme, was unused and sitting in businesses’ bank accounts. Paul Thwaite, head of commercial banking at Natwest, said: “Some customers have exercised caution, drawn down on the lending and kept it for future spending.”

Read more:
Banks to claim back loan cash handed to fraudsters from government