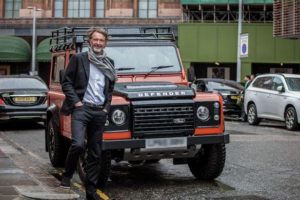 Sir Jim Ratcliffe, the chemicals tycoon and one of the outspoken billionaire backers of Brexit, has turned his back on the UK with plans to build his new version of the Land Rover Defender on the Continent.

In a snub to hundreds of automotive workers in south Wales, who had been led to believe that Sir Jim would at least partly manufacture his Grenadier off-road prototype close to a former Ford works near Bridgend, the boss of the Ineos chemicals empire has decided instead on an old Mercedes-Benz factory on the German-French border.

Previously Sir Jim, 68, a Monaco-based tax exile who is reckoned to be worth £17 billion, had looked at producing the Grenadier at plants in south Wales and Portugal. The Welsh government is reported have spent £5 million of “enabling” investment in the summer before the first signs that Ineos was not going ahead with the factory in south Wales.

A spokesman for Ineos Automotive confirmed: “All manufacturing for the vehicle will now be done at Hambach.” The car plant there is located between Saarbrücken and Strasbourg and is owned by the German group Daimler.

At present the plant assembles Smart electric cars and Ineos will buy the factory and continue to assemble Smart cars for Daimler on a contract-manufacturing basis.

The commercial proposition of taking over a ready-made, state-of-the-art plant like Hambach rather than create start-up facilities in the UK as previously envisaged was “overwhelming”, Ineos said.

“Hambach presented us with a unique opportunity that we simply could not ignore,” Sir Jim said. “To buy a modern automotive manufacturing facility with a world-class workforce, Ineos Automotive set out a vision to build the world’s best utilitarian 4×4 and at our new home in Hambach we will do just that.”

Ineos said it was saving 1,300 French and German workers’ jobs in the deal which would put the Grenadier on the road to production by 2022.

The Grenadier project was first hatched by Sir Jim in 2017 after the decision by the West Midlands-based manufacturer Jaguar Land Rover to end production of its famous Land Rover Defender, the original British 4×4, after nearly 70 years. Jaguar Land Rover has since gone into production of a new generation Defender, much more like its stable of other luxury sports utility vehicles, in Slovakia. At one stage it was considering challenging Sir Jim’s Grenadier design for copyright.

The British motor industry lost more than 20,000 jobs in the two years before the pandemic including the closure of the Honda car plant in Swindon and the Ford engine factory in Bridgend.

It is widely believed that the Vauxhall car plant at Ellesmere Port in Cheshire could also face the axe.

This year production in British car plants has fallen to its lowest since the 1990s.

Like Sir James Dyson, who makes vacuum cleaners, and Lord Bamford, the owner of JCB diggers, Sir Jim has been a strong advocate for the UK’s withdrawal from the European Union. He has argued that he supported “a common market but not a united states of Europe”.