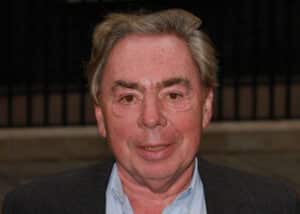 Andrew Lloyd Webber has said he is optimistic about the return of theatre audiences after the roll-out of a Covid-19 vaccine.

The composer and impresario said he would reopen most of his theatres forced to close because of the pandemic from early next summer.

The new musical Cinderella will begin previews on 30 April at the Gillian Lynne theatre in the West End in London. The Phantom Of The Opera will return to Her Majesty’s theatre in June.

A musical adaptation of the Disney film Frozen will arrive at the recently refurbished Theatre Royal Drury Lane in the spring and an adaptation of Back To The Future will open at the Adelphi theatre in June.

Lloyd Webber said: “I have been working ceaselessly throughout the year to get theatre back and these are the first dates that I feel confident that we will be able to reopen to full capacity.

“Having been on the Oxford Covid vaccine trial myself, I am hugely optimistic that once the vaccine rolls out, audiences will return to theatre in droves. My theatres will be ready for them. I am raring to go.”

Matilda, a collaboration between the comedian Tim Minchin and the Royal Shakespeare Company, will return to the Cambridge theatre in Covent Garden in the late spring, with a date still to be set.

The Other Place, a smaller theatre which is part of Lloyd Webber’s LW Theatres group, previously announced it would reopen at the end of June.

Lloyd Webber’s latest announcement comes after the UK became the first western country to license a vaccine against Covid, opening the way for mass immunisation to begin next week for those most at risk.

The Medicines and Healthcare products Regulatory Authority (MHRA) authorised the Pfizer/BioNTech vaccine for emergency use ahead of similar decisions by the US and EU. The government gave the MHRA the power to approve the vaccine under special regulations before 1 January, when it will become fully responsible for medicines authorisation in the UK after Brexit.

The UK’s hospitality and entertainment sectors have been severely affected by the pandemic, and all indoor entertainment venues must remain closed in areas under tier 3 restrictions. Venues in areas in tier 2, including London, have been allowed to reopen at a reduced capacity.

There will, however, be no mixing of households inside and alcohol can only be served with a substantial meal. The Theatres Trust has previously said that it is not viable for many theatres to reopen with social distancing measures in place.