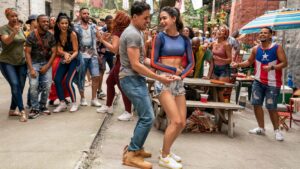 Warner Bros will release all of its 2021 films, including Dune and The Matrix 4, online on the same day they hit cinemas.

The move to put such major blockbusters straight on streaming service HBO Max is another blow to the struggling cinema industry, which has largely closed as a result of the coronavirus pandemic.

Warner Bros said the one-year plan was in response to the “unprecedented times” of the outbreak, but the multiplexes will no doubt still be concerned about what it could mean for their future.

They have been stung by a raft of delays to high-profile films in 2020, including the latest instalments in popular franchises such as Marvel and James Bond.

Warner Bros previously announced it would be releasing Wonder Woman 1984 on HBO Max on the same day it hits cinemas in the US – Christmas Day.

The comic book sequel is still due to be released in UK cinemas on 16 December, although those are currently only allowed to be open in Tier 1 and Tier 2 areas and the biggest chain of the lot – Cineworld – is shut everywhere.

HBO Max is not yet available in the UK, but highlights how important streaming is now deemed to be in Hollywood, and follows the launch of platforms such as Disney+ and Comcast’s Peacock.

Disney’s live-action remake of Mulan skipped cinemas for Disney+ earlier this year, and Pixar’s upcoming Soul will be doing the same – also hitting the service on Christmas Day.

Warner Bros says it expects cinemas to reopen in 2021, albeit with a reduced capacity.

Films that are likely to be affected by the studio’s move include a Space Jam sequel, Godzilla vs Kong, Mortal Kombat, and the Lin-Manuel Miranda musical In The Heights.

She said: “No one wants films back on the big screen more than we do.

“We know new content is the lifeblood of theatrical exhibition, but we have to balance this with the reality that most theatres in the US will likely operate at reduced capacity throughout 2021.

“With this unique one-year plan, we can support our partners in exhibition with a steady pipeline of world-class films, while also giving moviegoers who may not have access to theatres, or aren’t quite ready to go back to the movies, the chance to see our amazing 2021 films.

“We see it as a win-win for film lovers and exhibitors, and we’re extremely grateful to our filmmaking partners for working with us on this innovative response to these circumstances.”

Films will leave HBO Max one month after launching on the platform, but will continue to run in cinemas.

Among its 2021 line-up are several films that were originally due for 2020, including Dune.

It is also not known whether the studio’s plan will extend outside the US, as HBO Max is not yet available elsewhere.

Read more:
Warner Bros to release all 2021 films on HBO Max and in cinemas on same day