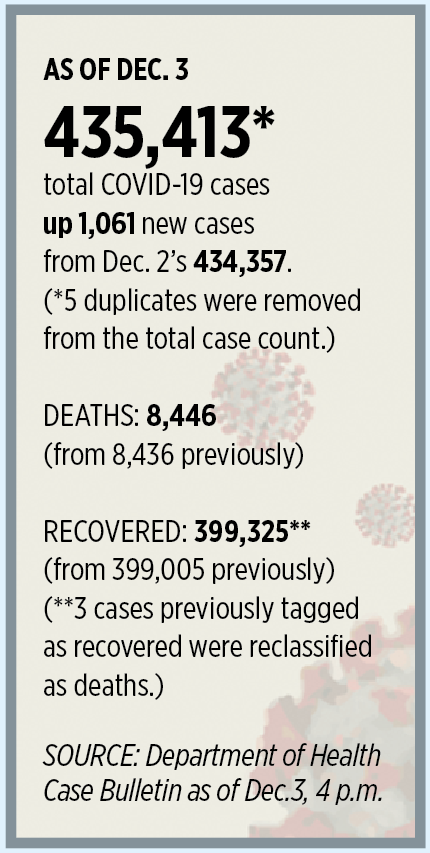 THE annual three-month closed fishing season in Zamboanga Peninsula is now in effect, the Bureau of Fisheries and Aquatic Resources (BFAR) announced. The temporary fishing ban from Dec. 1 to end-February covers the East Sulu Sea, Basilan Strait, and Sibuguey Bay. The closed season is in accordance with Bureau Administrative Circular (BAC) No. 255 series of 2014, which aims to conserve the population of sardines in the area. “The circular prohibits the catching of sardines using purse seine, ring net, bag net and scoop net within the conservation area covering the western municipal and national waters of Zamboanga Del Norte, the waters bordering south and eastern waters of Zamboanga City and the southern portion of Zamboanga Sibugay,” BFAR said. “Purchasing, selling, offering or exposing for sale, and possession of sardines caught during the closed fishing season is also prohibited during this time,” it added. BFAR data shows sardines accounts for 74% of all monitored landed catch from the Zamboanga Peninsula in 2019. There are at least 11 major sardine canning companies based in Zamboanga City. — Revin Mikhael D. Ochave