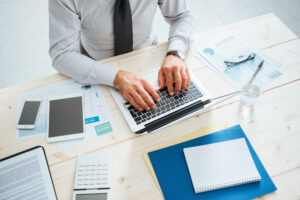 Health and safety in the workplace are underpinned by the Health and Safety at Work etc. Act, 1974. There is little doubt that the legislation has contributed to making the workplace a safer place.

The impact of health and safety legislation

The statistics produced by the Health and Safety Executive (HSE) for 2020 speak for themselves.

Despite a high level of work-related injuries and illnesses annually, these continue to decline year on year. The prominent role of health and safety legislation means the UK has become one of the safest countries in the world in which to work.

In the period 2019 to 2020, for example, the HSE recorded a total of 1.6 million work-related cases (new and continuing) of ill health and 0.7 million non-fatal injuries at work. The cases were responsible for an estimated 38.8 million lost working days at a cost to the UK economy of some £16.2 billion.

The costs to the economy through working days lost to injury and ill health have seen a corresponding reduction from around £20 billion in 2004 to 2005 to the current estimate of £16.2 billion.

Deaths in the workplace

Illustrating the rate of progress still further – and with one of the most severe statistics – deaths in the workplace have tumbled significantly.

In a posting on the 8th of July 2020, the website Health and Safety Matters commented that the 111 deaths reported in the year from April 2019 to March 2020 represented a record low. With 38 fewer deaths in those 12 months than in the previous year, deaths in the workplace represented just 0.34 per 100,000 employees.

Over the longer-term, deaths at work have nearly halved in the past 20 years – with the most dangerous industrial sector continuing to be construction.

Policing the health and safety laws

In a commentary on the HSE’s latest figures, the East Midlands Business Link has noted that during the period 2019 to 2020 there were 325 successful prosecutions under health and safety laws and regulations.

Fines resulting from those convictions reached a combined total of £35.8 million.

The UK as a safe place to work

All of these most recent statistics help to show that the UK is one of the safest places in the world to work – and it is steadily becoming still safer.

Statistics collected by the HSE and Eurostat’s European Union Labour Force Survey (EU LFS) show that deaths from industrial accidents in the UK are lower than anywhere else in the EU – the UK’s current 0.34 per 100,000 workers compares with 3 per 100,000 in France.

Read more:
How safe is the UK workplace?