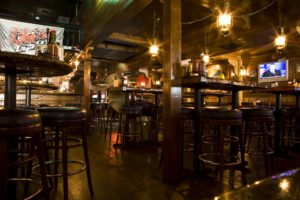 Pubs, bars and restaurants in Wales will be banned from selling alcohol and forced to shut early, as the Welsh first minister said Covid was spreading “incredibly quickly” across the country and that the gains made during its “firebreak” lockdown were being eroded.

Mark Drakeford said that unless strict new rules were brought in now, there could be as many as 1,700 preventable deaths this winter.

From Friday evening, pubs, bars, restaurants and cafes in Wales will have to close by 6pm, after which they will only be able to offer takeaways. Indoor entertainments such as cinemas, bingo halls, soft-play areas and casinos will also have to close, as will indoor museums, galleries and heritage sites, though outdoor visitor attractions will not be affected.

Drakeford, said the facts behind the new regime were “stark”. He said that unless the government responded now, it had been advised that by 12 January there would be 2,200 people in hospital in Wales with Covid and there could be between 1,000 and 1,700 preventable deaths.

The first minister said that on Friday the all-Wales seven-day incidence rate was 187 cases per 100,000 people. By Monday that had risen to almost 201 cases per 100,000. He said the number of cases was beginning to climb not just in young people but also in the over-60s in most parts of Wales.

The decision to put stricter restrictions on hospitality across the country was criticised by the Conservatives in Wales. Andrew RT Davies, the shadow health minister, said it was a ‘“hammer blow” for many livelihoods and businesses across Wales, “especially as they were promised by Labour ministers that the firebreak lockdown would secure them the vital trading window to the new year.”

He added: “Such severe blanket nationwide measures are unnecessary and unfair, particularly in areas where incidence rates are relatively low in Wales. Ministers need to be far more targeted.”

But Drakeford argued that it was not practical to have different regimes in different parts of Wales because the pattern of infection was not stable. He pointed out that the infection rate was relatively high in places such as Ceredigion where it had until very recently been low.

The first minister called on people not to travel from Wales to areas in England where pubs and restaurants would be open. He said: “Observe the rules where you live; don’t try to game the rules.”

He said a further announcement about travelling in and out of Wales would be made later this week, taking into account the end of the English lockdown.

Drakeford said a £340m support package was being put in place, which he described as “the most generous package of financial assistance anywhere in the UK”.

On a more positive note, Drakeford said the NHS in Wales had carried out a “large and successful test” in readiness for a vaccine being given the go-ahead. He said: “That could be as early as this week and we will be ready for it.”

Drakeford also said schools in Wales were “very much on the list of sectors” that the government was hoping to prioritise for testing.

At the end of last week the R number was believed to be as high as 1.4 and the NHS in Wales was described by the government as being under “sustained pressure”, with more than 1,700 people with coronavirus in hospital.

Read more:
Pubs in Wales to close by 6pm under new Covid restrictions