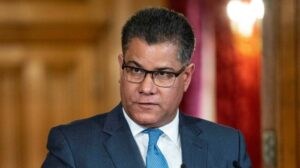 A new tech regulator will work to limit the power of Google, Facebook and other tech platforms, the government has announced, in an effort to ensure a level playing field for smaller competitors and a fair market for consumers.

Under the plans, the Competition and Markets Authority (CMA) will gain a dedicated Digital Markets Unit, empowered to write and enforce a new code of practice on technology companies which will set out the limits of acceptable behaviour.

The code will only affect those companies deemed to have “strategic market status”, though it has not yet been decided what that means, nor what restrictions will be imposed.

The business secretary, Alok Sharma, said: “Digital platforms like Google and Facebook make a significant contribution to our economy and play a massive role in our day-to-day lives – whether it’s helping us stay in touch with our loved ones, share creative content or access the latest news.

“But the dominance of just a few big tech companies is leading to less innovation, higher advertising prices and less choice and control for consumers. Our new, pro-competition regime for digital markets will ensure consumers have choice, and mean smaller firms aren’t pushed out.”

The government’s plans come in response to an investigation from the CMA which began as a narrow look at the digital advertising industry, but was later broadened out to cover Google and Facebook’s dominance of the market. The code will seek to mediate between platforms and news publishers, for instance, to try to ensure they are able to monetise their content; it may also require platforms to give consumers a choice over whether to receive personalised advertising, or force them to work harder to improve how they operate with rival platforms.

Andrea Coscelli, the chief executive of the CMA, welcomed the move. “Only through a new pro-competition regulatory regime can we tackle the market power of tech giants like Facebook and Google and ensure that businesses and consumers are protected.

“We will soon be providing advice to government on how this new regime should work, as requested earlier this year, and stand ready to support the setup of the Digital Markets Unit.”

Oliver Dowden, the digital secretary, said: “There is growing consensus in the UK and abroad that the concentration of power among a small number of tech companies is curtailing growth of the sector, reducing innovation and having negative impacts on the people and businesses that rely on them. It’s time to address that and unleash a new age of tech growth.”

But in trying to impose strict terms on multinational companies, the UK may have an uphill battle on its hands. In France, for instance, digital tax payments levied on big tech have been seen by the US government as unfair discrimination, leading to threats of retaliatory tariffs on French goods such as handbags and cosmetics.