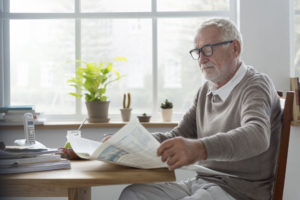 Millions of retirees will see the future value of their pension cut owing to a planned change in the way payments are calculated from 2030.

Many of those with so-called defined benefit workplace pensions see their pension payments increase each year in line with the rising cost of living.

The way this annual rise is calculated is expected to become less generous from February 2030.

Chancellor Rishi Sunak ruled out making a change any earlier.

Women and new retirees will be hardest hit by the changes which were revealed in documents released alongside the chancellor’s Spending Review, but not mentioned in Mr Sunak’s speech.

Over time, the value of their pensions could be thousands of pounds less than they might have expected. A 65-year-old now will see their total retirement income drop by 4% or 5% compared with their expectations. That is an £8,000 drop for a 65-year-old woman with average life expectancy.

The proposed changes do not affect the state pension, which will rise by 2.5% in April in line with the government’s triple-lock promise.

Investors – often pension funds – who buy index-linked gilts (government debt sometimes linked to RPI inflation) would have been hit harder had the change been made earlier. However, there will not be any compensation for those affected, the chancellor has decided.

From 2030, there could be some benefit to commuters and those paying back student loans, owing to the changes.

What happens under these plans?

The rising cost of living is calculated using various measures, including the Retail Prices Index (RPI) measure of inflation.

National statisticians believe this is no longer a valid measure, saying that other measurements are more reliable.

As a result, in 2030 RPI is likely to be aligned with another, newer, measure of inflation called CPIH, which is the Consumer Prices Index plus housing costs. This is generally lower, often by about 0.8%, although the gap is currently narrower.

The chancellor could have signalled a change as early as 2025, but said no change should occur before 2030.

Some financial products and bills are pegged to RPI, when they increase each year.

They include interest on student loans, and the annual rise in rail fares.

However, the most significant link is to the majority of defined benefit (often final salary linked) workplace pensions in the private sector.

Each year, retirees see their pension increased in line with inflation, as measured by RPI. The same is true of workplace pension pots where contributions have stopped, usually because the holder has moved job but is not yet old enough to draw the pension.

Who is worst affected?

As RPI will most likely be lower from 2030 than people would otherwise have expected, so the annual increase in their pension will be lower than they had planned.

Women (who live longer) and new retirees (who face years of a less generous pension from 2030) would be affected the most, according to the Pensions Policy Institute.

But, pension funds would also pay out less to members in retirement – so how big a hit they face depends on their mix of their investments and what they have to pay out to pensioners.

The chancellor ruled out reforming RPI before 2030 because current 10-year index-linked gilts would have matured by then. Anyone investing in them from now will be aware of the change.

Why the issue is not closed

Tom Selby, from investment firm AJ Bell, said: “From 2030 onwards the message is unequivocal: if you are negatively impacted by this, tough. The government is clear it will not provide any kind of compensation to those who lose out as a result of the downgrade in the value of RPI.”

Official statisticians say RPI should be reformed earlier, irrespective of the effects, but others oppose the move.

“We regret the government’s decision that the change should not be made before 2030,” said Sir David Norgrove, who chairs the UK Statistics Authority.

“It is UK Statistics Authority policy to address the shortcomings of the RPI in full at the earliest practical time. The change we propose can legally and practically be made by the authority in February 2030.

“We continue to urge the government and others to cease to use the RPI, a measure of inflation which the Government itself recognises is not fit for purpose.”

But Stian Westlake, chief executive of the Royal Statistical Society, said: “The government’s plan to replace RPI with CPIH is a clear case of using the wrong tool for the job. CPIH is a totally different measure which produces totally different results – and it may have negative consequences for consumers, workers and savers

“As the CPIH is to replace the RPI, then a full review should be conducted to look into what the possible consequences will be, and how to avoid the likely problems.”