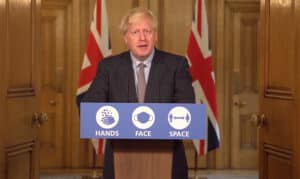 Britain’s coronavirus recovery could be better than expected as households spend their pent-up savings having a good time like in “the Roaring Twenties”, experts have said.

Official forecasts that the pandemic may cost the UK three years of economic growth may be too gloomy, economists believe. Households have been saving during the crisis and the promise of a vaccine may allow life to return to normal faster than expected.

Torsten Bell, director of the Resolution Foundation think tank, said the UK had never before “gone through a crisis where household balance sheets have improved”. The massive increase in savings this year caused by restrictions on spending “is good news”.

He added: “History in the shape of the 1920s told us that when the [flu] pandemic came to an end — also the war — people were desperate to get out and have a good time. It’s called the Roaring Twenties for a reason”.

Asked if the Office for Budget Responsibility, whose forecasts warned that the economy will not return to 2019 levels until the end of 2022, had been too gloomy, Richard Hughes, its chairman, admitted it had been “under-optimistic about the pace of the recovery once the lockdown restrictions were lifted earlier this year”.

“Are pent-up savings going to fuel a recovery? We did see a bit of that after the first lockdown,” he added.

At the Institute for Fiscal Studies, Paul Johnson, the think tank’s director, said the economic scars left by the pandemic were “way less than the impact of the financial crisis”.

The OBR estimates that the economy will be 3 per cent smaller permanently. Its estimate of “scarring” was more optimistic than the 5 per cent of lost growth forecast by the International Monetary Fund but less than the 1.75 per cent projected by the Bank of England.

Under the OBR’s estimate of 3 per cent permanent damage, the government will need £27 billion of tax rises simply to stabilise debt at 100 per cent of GDP. Mr Johnson said the tax rises were more likely to be at least £40 billion as pressure for more NHS spending and extending universal credit were not included in the official figures.

Compared with previous austerity plans, “it’s not a vast quantity of money . . . it’s not great but it’s not terrifying,” he said.

The talk of a brighter outlook came as Boris Johnson last night told Tory MPs that he thought the Office for Budget Responsibility’s forecasts were too “gloomy”. He said he would wager that the combination of mass-testing and vaccines means the economy will recover faster.

Mr Hughes, the OBR chairman, said there was still “huge uncertainty” about vaccines: “I think over the course of the last year it is true we were under-optimistic about the pace of the recovery once the lockdown restrictions were lifted. Consumption did lift up quickly. Tax receipts surprised on the upside. But we didn’t forecast a second wave, the need for a second lockdown.

“This balance you have to strike between public health restrictions as a way of controlling the virus and economic performance is a really tricky one.

“There is still huge uncertainty about vaccines. We are getting more news every day about their effectiveness and what the evidence says. Compared to the IMF we are not as gloomy as they are about long-term scarring.”

Speaking at a Resolution Foundation event, he also questioned whether wealthier people will go out and spend the savings they have accrued during the lockdowns. He said “Is all this pent up savings going to fuel a recovery and consumption? We did see some of that when the first lockdown was lifted, when some people’s bank balances were quite healthy and they spent a lot on consumer durables.

“One big question is what is the marginal incentive to save going to be like in future. People having faced this big shock to their livelihoods, is that going to lead them to save more on average as a share of their income on the longer term. That is possible and if so that could be a further drag to the economy.”

Read more:
Britain will ‘spend its way out of crisis’ with lockdown savings