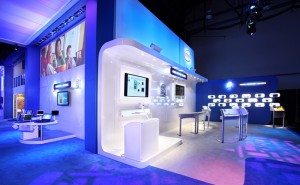 “Good communication is as stimulating as black coffee – and just as hard to sleep after,” noted Ann Spencer Lindberg, wife of famed aviator Charles Lindberg, in her reflective classic ‘Gift from the Sea.’

However, to achieve this goal – stimulate like black coffee – good communication requires another ingredient; an effective communication medium such as digital signage.

Digital signage captures 400 percent more views than static signage, according to a 2012 Intel study dubbed ‘A Report on a Field Trial of Anonymous Video Analytics (AVA) in Digital Signage.’ It is probably not a surprise, then, that 80 percent of brands get up to 33 percent more sales after switching to digital signage, according to a 2010 Nielsen study titled ‘Awareness and Effectiveness of Digital Display Screens Installed In Grocery Stores.’

Digital signage solutions also ace the ‘just as hard to sleep after’ test. For instance, the 2010 Nielsen study shows that digital signage can boost awareness and recall rates by up to 31 percent. The same study shows that awareness of digital signage is high – 74 percent, which is over 20 percent higher than other point-of-sale communication mediums. Over 60 percent of study respondents had a positive opinion of digital signage advertising and infotainment. Why does this matter? Not only do people with a positive attitude towards advertising tend to recall them better, they are also more likely to be persuaded by them, as a 2000 study by Abhilasha Mehta published by the Journal for Advertising Research shows.

Why is digital signage such an effective communication medium? The technology makes it possible to quickly cycle between different messages, allowing you to find out which garners the most attention. Messages can be tailored for specific locations or times to enhance impact. Digital signage also makes it easy to keep your message up-to-date so that it always matches the prevailing preferences of your target audience. You can even set up a signage system that displays user-generated content, allowing you to tap into that deep human need to feel special.

Digital signage also allows you to communicate with your audience in a way that is safe, a particular concern with diseases, such as Covid-19, that are spread in part or wholly by touch. Before the pandemic, digital screens with touchscreens seemed to be the wave of the future for certain applications. However, Covid-19 forced digital signage manufacturers and users to craft systems capable of accepting user input without the need for touch.

Systems that can detect and count smartphones to, say, estimate the number of people in a target location are a good example of this concept in action. Such systems can be linked to digital signage and programmed to show specific content or display messages – ‘store at maximum capacity’ or ‘we are at 50 percent of our maximum occupancy,’ for instance – when certain conditions are met. Some of these systems can even distinguish between new and regular users. These technologies accomplish all this without violating user privacy or, in some cases, requiring app installs.

Some other digital signage systems solve the problem using a combination of cameras and facial recognition systems. One such system uses an array of cutting-edge cameras to gather live information about pedestrians passing through a busy intersection. This information is then processed by cutting-edge facial recognition software. The system is able to tell if someone is male or female, estimate age to within five years, and even gauge mood. It is also able to figure out the make, model and age of a vehicle. This state-of-the-art system then uses this information to determine which ads to show. For instance, if it determines that the majority of the cars in the intersection are several years old, the system may display ads encouraging owners to upgrade to the latest models.

Digital signage, as we have seen, is an effective and safe way of communicating with your audience. You are far likelier to draw the attention of your audience with digital screens rather than static media. In addition, consumers tend to view digital signage advertising and infotainment more positively – a huge plus, since people with a positive attitude towards advertising are more likely to recall and respond favorably to marketing content. An array of innovative touchless technologies mean you can pass on important information while keeping your audience safe. You can probably see why digital signage solutions should be at the top of your list. All the best, and stay safe!

Read more:
Digital Signage: A safe and effective way of communicating with your audience