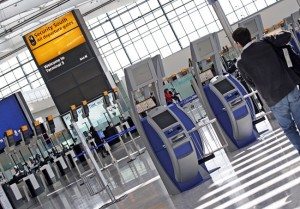 Workers at Heathrow are to strike for four days in December over “fire and rehire” plans that have cut the wages of long-serving staff, in an increasingly bitter dispute.

The Unite union said the action by frontline employees would effectively close London’s main airport for periods in the run-up to Christmas, although Heathrow said it would keep operating despite the strikes.

Some 4,000 staff have been told to sign new contracts, cutting pay for some by about 20%, after coronavirus reduced the airport’s traffic to a fraction of normal levels.

Passenger numbers in October were down 82%, with November set to be even lower due to the current travel restrictions. Cargo flights are also less than half of normal levels.

However, Unite said the pay cuts, of up to £8,000, were unnecessary given the the airport had large cash reserves and it accused Heathrow of rushing staff into accepting worse contracts or resigning.

The strike action, by firefighters, engineers, operations, security and baggage staff, will take place on 1 December, when the new contracts take effect, 14 December and 17 and 18 December.

“These decisions will turn Heathrow from one of the most successful airports in the world into a workplace run on bullying and intimidation, it’s disgraceful. In the midst of a global pandemic no key worker should be forced to take such deep pay cuts by an employer that claims to have billions in reserves.”

Heathrow has said it has tried to keep as many jobs open as possible, having laid off about a third of managers, but needed to urgently adapt. A spokesperson said: “It’s very disappointing that Unite has decided to take strike action during the worst crisis to hit the aviation sector. We will now activate extensive contingency plans which will keep the airport open and operating safely throughout this period.”

According to figures released on Monday by the Airports Council International, Heathrow fell from being the busiest airport in Europe last year to 10th position in September, recording only half the passengers of Turkey’s third biggest airport, Antalya.

The airport has lobbied for a new Covid-19 testing regime to enable more international flying, which the government has indicated may be permitted when travel is permitted after current England lockdown restrictions end on 2 December.