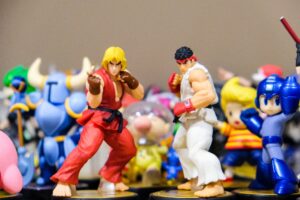 Video-game-maker Capcom has warned a ransomware attack might have compromised gamers’ personal information.

Up to 350,000 people could be affected, it said, and some of its own financial information had been stolen.

The Japanese developer is best known for franchises such as Resident Evil, Street Fighter, and Monster Hunter.

A week-and-a-half earlier, it had said there was no indication customer information had been accessed.

But in an update on Monday, Capcom confirmed its servers had been hit by an attack on 2 November.

Ransomware is malicious software that typically threatens to block a victim’s access to their own records unless a blackmail payment is made.

In this case, the attackers digitally scrambled some of the data on Capcom’s servers, making it impossible to view or amend, and destroyed some files outright.

So far, Capcom has confirmed only nine people’s personal information was definitely compromised, all current or former employees.

But up to 350,000 customers, business partners, and other employees might also be affected, it said.

Although, it could not be sure because its own logs had been “lost as a result of the attack”.

For example, some was from Japanese customer support and some from the American Capcom store or e-sports operation.

“All online transactions… are handled by a third-party service provider.

“And as such, Capcom does not maintain any such information internally.”

The company also said it was safe for gamers to continue to play its games online and to use its websites.

Police have been notified, as have the Japanese and UK data-protection watchdogs.

“Capcom would once again like to reiterate its deepest apologies for any complications or concerns caused by this incident,” it said.

“As a company that handles digital content, it is regarding this incident with the utmost seriousness.”

Read more:
Up to 350,000 people’s information stolen from Video-game-maker Capcom