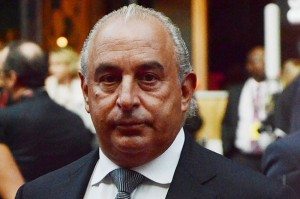 The directors of Arcadia Group, Sir Philip Green’s ailing fashion empire, are drawing up plans to place the business into administration as the second lockdown chokes off hope of a recovery.

Green’s advisers from accountancy firm Deloitte are understood to be intensifying their work on a plan that would place Arcadia, which owns Topshop and a clutch of other mid-market fashion brands, into a so-called trading administration. That would allow the directors to operate the business while they attempt to sell Arcadia’s brands separately.

Arcadia limped into the pandemic after years of losing market share to nimbler online rivals such as Asos and Boohoo, while the imposition of a second lockdown in the run-up to Christmas has dealt a crushing blow to high street retailers. Sky News has reported that Arcadia is this weekend in talks with several lenders to secure an emergency £30m loan.

A break-up of Arcadia is likely to bring down the curtain on Green’s colourful high street career, which has been permanently tainted by his decision in 2015 to offload the now-bust department store BHS for £1 to Dominic Chappell, a serial bankrupt, without plugging its £571m pension deficit. After a spat with the Pensions Regulator, Green eventually agreed to pump in £363m to the scheme in 2017.

Arcadia’s demise would deal a blow to high streets and shopping centres, already laid low by the pandemic, where Arcadia outlets have been a mainstay for decades.

This month, Edinburgh Woollen Mill and Ponden Home went into administration, putting thousands of jobs at risk. The Centre for Retail Research estimates that 235,000 jobs will be lost from the sector this year, alongside 20,620 store closures. Boohoo, dogged by revelations about low-paid labour at its suppliers, is a possible buyer for Topshop.

In recent months, Arcadia has been negotiating with the regulator over how to resolve its pension deficit, estimated to be £350m on a buyout basis. Green’s wife, Tina, who is Arcadia’s registered owner and lives in Monaco, extracted a £1.2bn tax-free dividend in 2005.

To win the vote of the Pension Protection Fund for a restructuring last year, Arcadia granted its scheme security over its Topshop flagship on London’s Oxford Street and Corinthian House, a nearby office building. Green is understood to be closing in on a sale of Corinthian House for about £70m, which would result in a modest contribution to the pension fund once the mortgage is paid off.

Arcadia has resumed deficit contributions paused at the start of the pandemic and plans to pay the balance of a £100m contribution pledged to the scheme last year within the next six months.

Arcadia said: “It is not true that administrators are about to be appointed. Clearly, the second UK lockdown presents a further challenge for all retailers and we are taking all appropriate steps to protect our employees and other stakeholders from its consequences.

“All our stores in Wales, Scotland and Northern Ireland have now reopened, and we are continuing to trade online through our own channels as well as through those of our partners.”