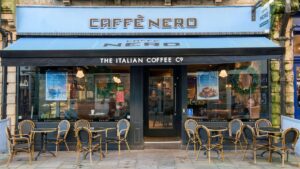 Caffè Nero has told some of its landlords not to expect any rent for three years after Covid-19 halted two decades of rapid expansion.

The coffee chain, which employs 6,000 people in 800 branches in the UK, is negotiating a company voluntary arrangement (CVA) with landlords to cut costs. Under the plans, drawn up by KPMG, the owners of 69 of its worst-performing sites would be paid no rent for three years, while owners of the best performers would receive a portion of rent based on turnover for the next three years.

A source representing some landlords said: “Many of these sites are people’s pension funds or belong to charities or local authorities.

“It was Caffè Nero that set the rents on these properties. They’ve left landlords with no choice but to challenge or take back the properties.”

Landlords, who would also be paid 30p in the pound in rent arrears, will vote on the CVA on November 30.

A source close to the process said there was “every intention to agree mutually acceptable terms with landlords as soon as possible, and, meanwhile, landlords will have the right to take back their sites”.

Read more:
Caffè Nero tells landlords there will be no rent for three years